Masa invests in the future

Andernach 28-Apr-2017 - For Masa a comprehensive and continuous development is always the key to success. Among that, the focus is on the optimization of spare parts logistics. Masa customers will benefit from significantly improved spare parts supply in the future. The foundation stone for this was laid with the planning and construction of a new spare parts distribution hall in Andernach.

After an intensive planning phase, the construction of the new distribution hall could be completed within six months. Udo Klaussner, Managing Director of Masa in Andernach, and Frank Reschke, Director Sales and Member of the Management Board, symbolically executed the first groundbreaking ceremony in early October 2016. Since then, there has been a lot of activity in Andernach:

Just in time the 740 m² hall was built on the Masa site. The building now offers sufficient space as well as optimal weather protection for the efficient handling of spare parts. In order to ensure the fastest possible transport of spare parts to the customer, Masa invests in the latest logistics technologies. The topic of energy efficiency has not been neglected, of course. The photovoltaic system installed on the hall roof is exclusively for own usage. The electricity generated is fed into the on-site power supply system and finally used.

Furthermore, an office area for employees of the spare parts and distribution departments is integrated into the hall. Here the worldwide spare parts requests will be received, processed and finally sent to the different customers. With the new distribution, Masa expects a clear improvement in the shipping process and shorter delivery times. Since Masa is now in the position to separate the goods receipt from the goods issue, an optimization of the handling processes can be expected.

"By building the hall, we are creating capacities for a steady growth. Last but not least, the construction of the hall here at the location and the investment in a new computer center in 2016 is a clear commitment to strengthening the Masa site in Andernach. We can all be very proud of that, "says Mr. Udo Klaussner in his opening speech in front of the entire Masa staff. "I would also like to thank, represented for all the others, the architect Mr. Egon Schäfer and our Production Manager, Mr. Thomas Becker, for the successful erection of the building."

With the symbolic cutting a red band, the new spare parts distribution hall was now officially inaugurated on 28 April 2017. During a small celebration, the building complex was open for the Masa staff for a first visit and inspection.

"For us, the opening of the new spare parts distribution hall in Andernach is another milestone in our company history. The Masa brand stands for excellent quality, customer-oriented service and expert advice for more than 110 years," says Mr. Edgar Schmitz, Head of Service. "From this our customers benefit locally and worldwide." 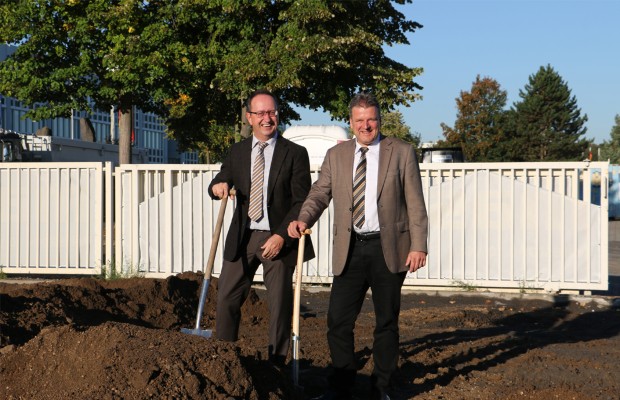 Udo Klaußner (left) and Frank Reschke at the first groundbreaking in early October 2016. 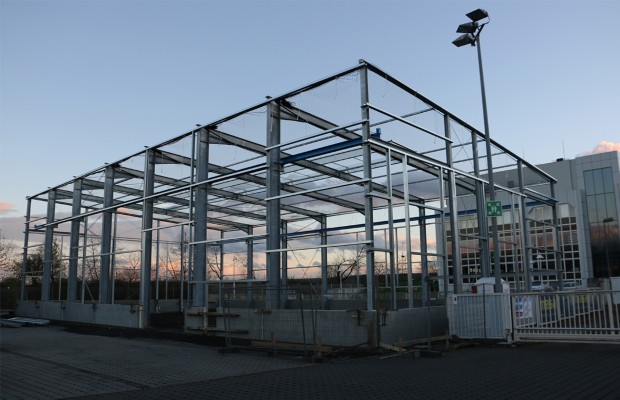 Construction is advancing. In the middle of November 2016 steel construction was already underway. 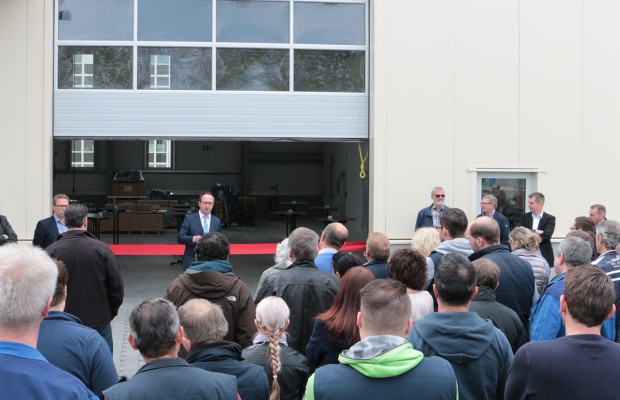 Masa Managing Director Udo Klaußner during his solemn speech before the Masa staff. 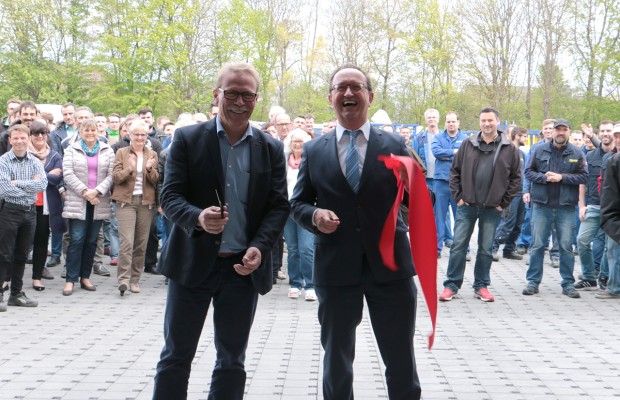 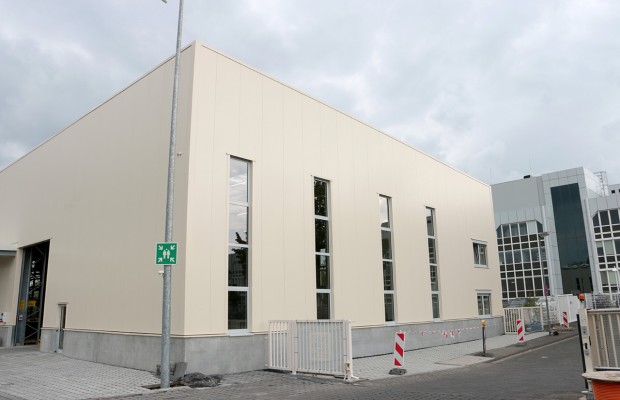 It is completed: The new spare parts distribution hall in Andernach has been officially in operation since 28 April.