Andernach, Germany 19-Aug-2019 - More than 40 companies and universities from the region around Andernach presented their apprenticeship offers at the START 2020 Apprenticeship Fair. The fair in Andernach's Mittelrheinhalle once again attracted numerous pupils and thus offered an ideal information platform for interested young people.

The Masa booth, which proved to be an eye-catcher, was also very well attended.

The personnel officers at Masa GmbH quickly got in touch with the pupils and presented the advantages of an apprenticeship at the successful mechanical engineering company in Andernach.

The Masa popcorn machine once again served as a magnet for visitors: Many young people found an easy (and tasty) way to join the booth and were able to make initial contacts with the personnel department of Masa GmbH in an informal atmosphere.

Two Masa apprentices and a student employee also answered questions. They reported in detail on their day-to-day work and were happy to point out the useful possibility of an internship at Masa GmbH.

Several pupils showed great interest in an apprenticeship at Masa GmbH and now want to submit their application documents. 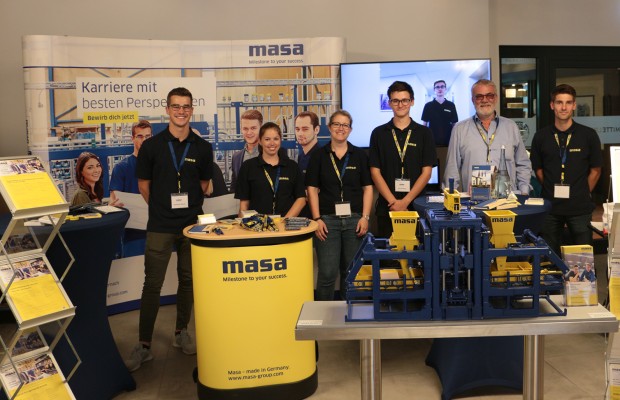 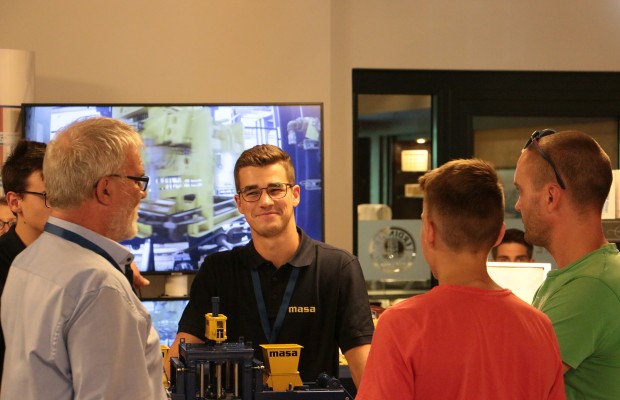 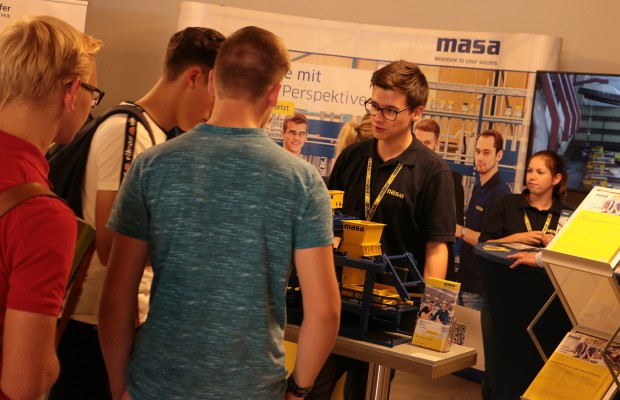 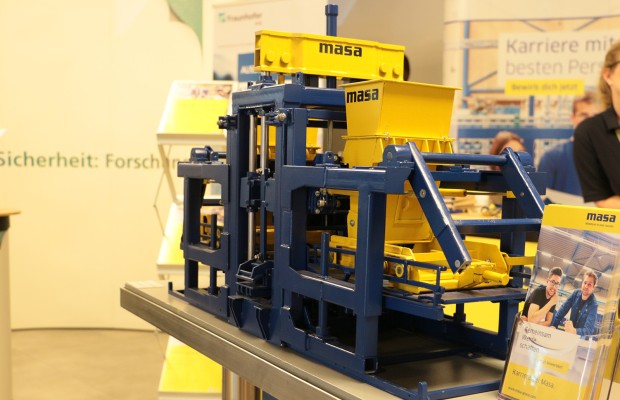